An inflatable hangar for Caterpillar dump truck repair and maintenance

There are only 44 Caterpillar dump trucks in the Norilsk industrial region, 5 of them are 90-ton ones, and the rest ones – 55-ton. All they are assigned to the TSATK motor transport association. 90-ton dump trucks worked way through Ugolny Razrez (open-cut), then at the reconstruction of Talnakhskaya concentrating mill, were temporarily out of commission and now are in demand again. This is due to the beginning of stripping works at the south-eastern side of the quarry of open-pit mining being a part of the Medvezhy Ruchey enterprise.
Here a new, powerful cycle of development starts. Following the reconciliation of reserves, the promising nature of further existence of the quarry was proved. Over 200 million tons of overlying empty ore should be removed to get to platinoid-containing ore. So, the giant tip lorries started to remove it. In 9 months, the tapped volume made up almost 3 million tons. The pace will increase.
Just a wheel of a 90-ton Caterpillar is over 2 meter in the diameter, the Caterpillar itself is 4,5 m high – even without the raised body. You can’t park this vehicle in a brick garage located a kilometer from the quarry. ‘It was constructed to house MAZ, then 20- and 45-ton BelAz had a hard time trying to fit into here’, TSATK MTA column #1 commander Vyacheslav Kravchenko told us. But the dimensions of the structure are not enough for renovated facilities.
That’s why a modern pneumatic hangar was erected next to the old garage. Dimensions match 90-ton trucks: height – 14,5 m, length-width – 34×24 m. Four giant dump trucks are already in commission, we expect the arrival of the fifth one at the end of the week. Two trucks with the raised body can be housed in the hangar. ‘But we don’t need it more’, the commander of the column #1 , to which the vehicles are currently attached, explains. Dump trucks work in the quarry around the clock and get in the hangar quite for short while – for maintenance and repair.
When setting about work (changing oil and adjusting suspension mounts), the contractors from Vostochnaya Tekhnika put on snow-white single-use one-piecers. The hangar also has a European look both inside and outside.
‘There are sand bags in cylinders along the perimeter of the hangar. Besides, concrete slabs press the “skirt” of this hangar along the outline’, Vyacheslav Kravchenko said. – The similar building passed the wind test in Talnakh, when 90-ton trucks worked in the construction of the TOF tailing dump a year ago’.
In addition to the wind, snow is another enemy of building. Its height should not exceed 10 cm. Snow from the dome is removed by raising the temperature inside the hangar for a short while.
Within a month, power engineers were preparing to install an inflatable garage, they were laying a cable from the substation. There are both light and heating here – six Master climate blow heaters. Now we are adjusting the voltage and get rid of some nuances associated with the raising and lowering of the gate. Soon, racks will be installed in the pneumatic garage so that repairers can lay out tools and spare parts. 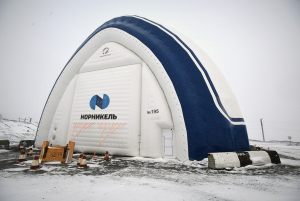 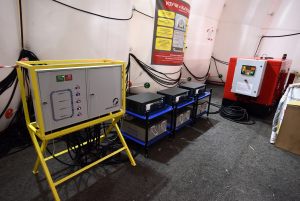 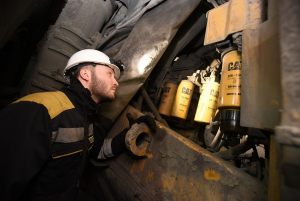 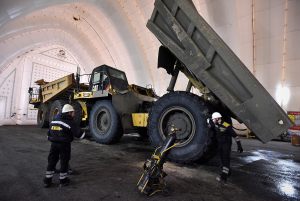 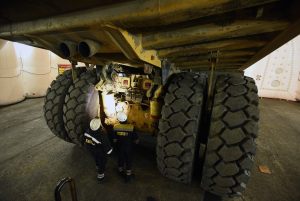 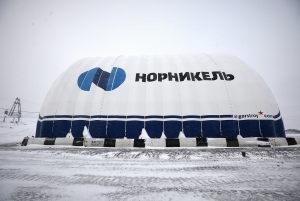 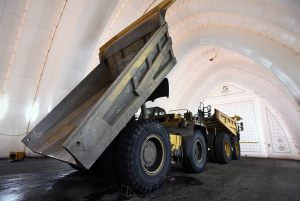 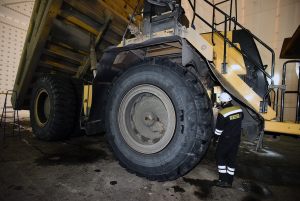 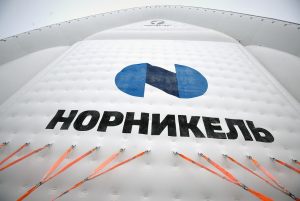 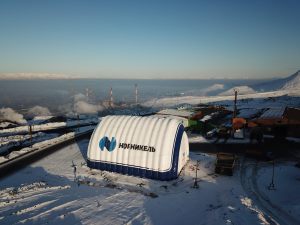 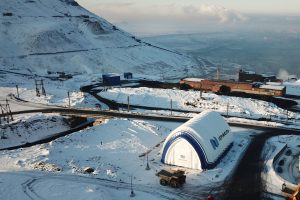 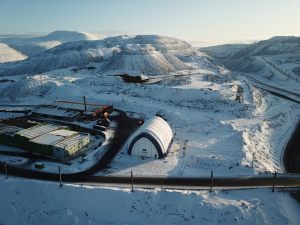 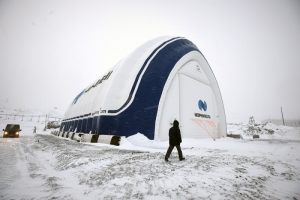 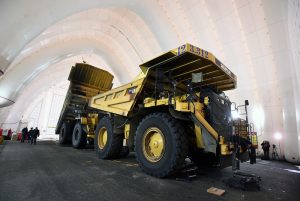 NorNikel is the leader of the mining and smelting industry in Russia, as well as the largest palladium and refined Nickel producer, and one of the largest platinum and copper producers. NorNikel also produces cobalt, rhodium, silver, gold, iridium, ruthenium, selenium, tellurium, and sulfur.
The transpolar branch is a key resource base for Norilsk Nickel and is located on the Taimyr Peninsula beyond the Arctic circle. Transportation with other regions of the country is carried out on the Yenisei river and the Northern sea route, as well as by air.
In the second half of 2017, part of the assets of the Transpolar branch was transferred to its branch — Medvezhy Ruchey LLC. Medvezhy Ruchey includes the Zapolyarny mine, the Norilsk concentrating plant, tailing dump #1 and the Lebyazhye tailing dump. The purpose of this segregation is to separate the Talnakh site and the Medvezhy Ruchey site, so that the increase in latter’s capacity could be financed through raised investment.

Need an inflatable workshop? workshop?
Consult with us! 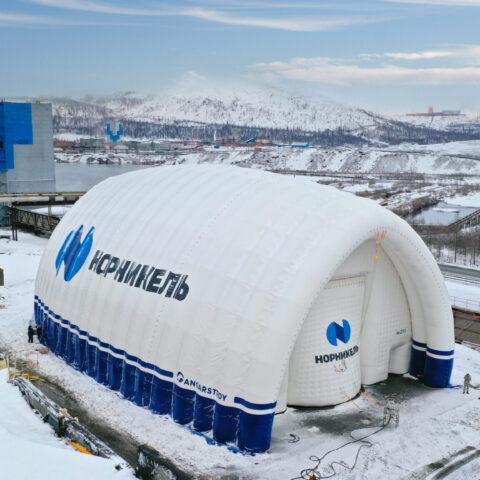 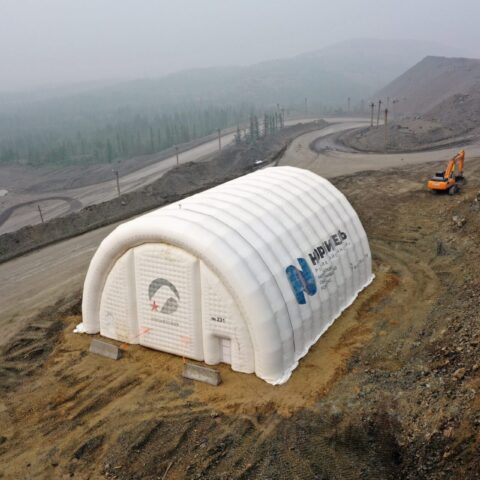 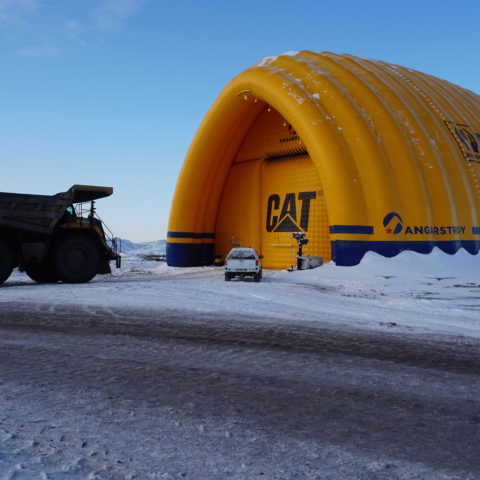 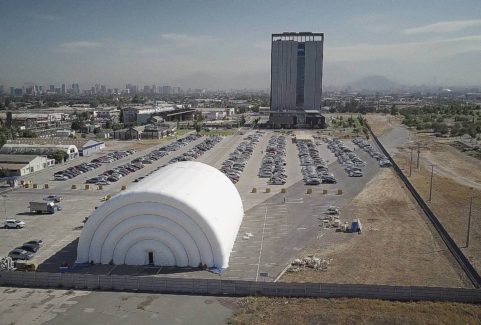 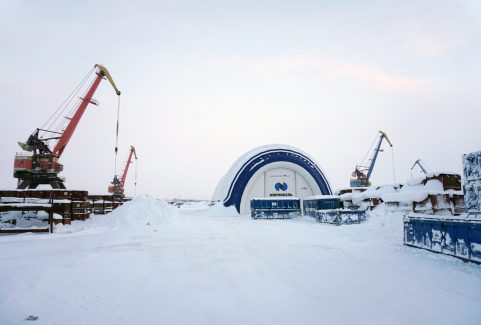 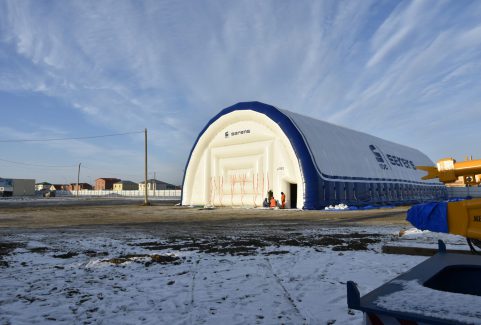 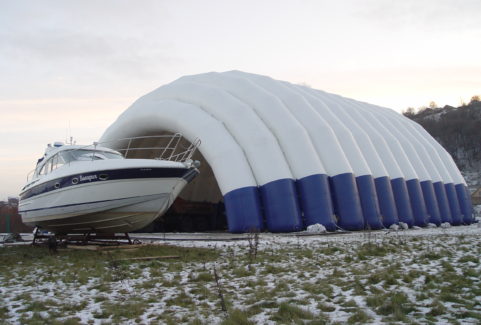